Being an Entrepreneur is one thing.

Being a successful entrepreneur is an even better thing.

Read this WeLeap! blog and get on your road to success! 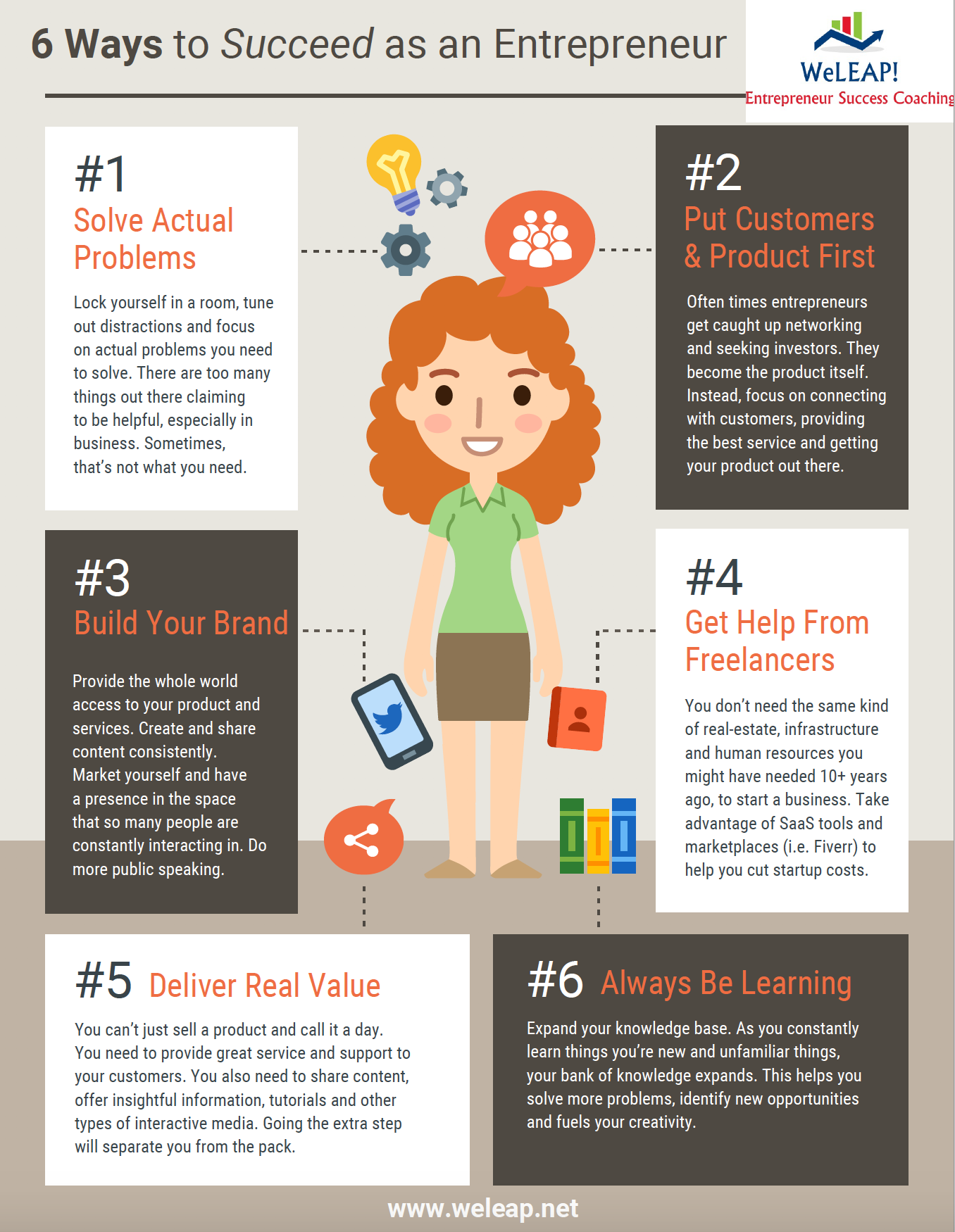 BEING AN ENTREPRENEUR CAN BE LONELY SOMETIMES. YOU’RE EITHER RUNNING AN UP-AND-COMING ENTERPRISE, OR YOU ARE THE ENTERPRISE. AND AS A SOLOPRENEUR, THE LONELINESS CAN CREEP IN MORE OFTEN.

How Putting Fun on Your Calendar Will Make You More Successful

BEING AN ENTREPRENEUR CAN BE LONELY SOMETIMES. YOU’RE EITHER RUNNING AN UP AND COMING ENTERPRISE, OR YOU ARE THE ENTERPRISE. AND AS A SOLOPRENEUR, THE LONELINESS CAN CREEP IN MORE OFTEN.

I have been an Entrepreneur for the past 17 years since leaving Corporate America.

I held high paying roles in television, consulting and investment banking before breaking free and following my dreams.

There have been many highs and lows along the way. If you think that success is 100% guaranteed from the start, you may need a little mindset work to handle the reality of building a business.

Yet, even when things don’t seem to be going your way, they actually are. You often realize this later.

I realized this when my software start-up was on its way up. I had built a BOD of who’s who, gotten the software in test mode, landed test clients and was ready to roll, other than the fact that my (almost) Silicon Valley venture capital firm funding partner decided that my brilliant idea was two years too soon. And guess what? They were right. Two years later, Reuters started a firm doing exactly what I had developed. The only difference? Timing.

I was bummed because I had put so much into that venture. Yet, I was OK with it too and just as excited to move on to the next venture. Why? I always took care of me along the way and put something to look forward to on my calendar.

Despite many years of 18 hour work days, 3 kids and a spouse, I always scheduled fun. Fun that was just for me. During my software venture, I went for regular walks. Movement can bring inspiration, and for me, it did. Long walks in nature with my dog was great fun for me. It was an early version of #forestbathing or #naturetherapy.

Since my software displaced venture, I founded a strategic management firm where I helped companies create engaging corporate cultures, I started coaching job seekers to the point of landing their dream job and I started coaching other entrepreneurs who wanted to ramp up their business, their platform and their public speaking.

I gave my own TEDx talk and I coach people on landing the talk of their lives before any audience and on any stage.

I’ve written books, articles, launched a now top-ranked podcast and have been living an amazing and extremely successful life.

The key to the winding wild ride? Fun on my calendar. Fun! Fun leads to happiness.

I just got back from 3 1/2 days at Sundance. I hiked, mountain biked and ended up at a concert at the Bluebird Cafe at Sundance that was one of the most inspiring experiences I have had in the last year. Three top songwriters from Nashville who have written numerous number one hits and Grammy award winning songs, told the stories behind the songs they wrote and then played them.

My experience at Sundance has already led to incredible things this morning alone. I’m about to coach two more entrepreneurs and 2 dream job seekers and one global corporation who wants me to speak at their next conference. The requests were in my Inbox this morning.

When you take a break and take care of you, it’s amazing how the universe fills in the gaps.

Relax and allow. Don’t force it.

Here’s to you putting something fun on your calendar this month. What will it be?

Happiness is a choice.