Very excited to be interviewed by #BloombergBNA and quoted throughout this article about finding meaning and happiness in your work.

My book, “From Drift to Shift: How Change Can Bring True Meaning to Your Work and Life,” is now available from my publisher in the digital version on #AmazonKindle and digital platforms globally.

Or, you can pre-order a discounted soft or hard cover print version for receipt before the public this summer.

I want everyone to find what they are meant to do in life and to be happy.

The more this book gets into the hands of job seekers, the more inspired they will be to go for their dreams. The stories alone may change you. 🙂 Jody 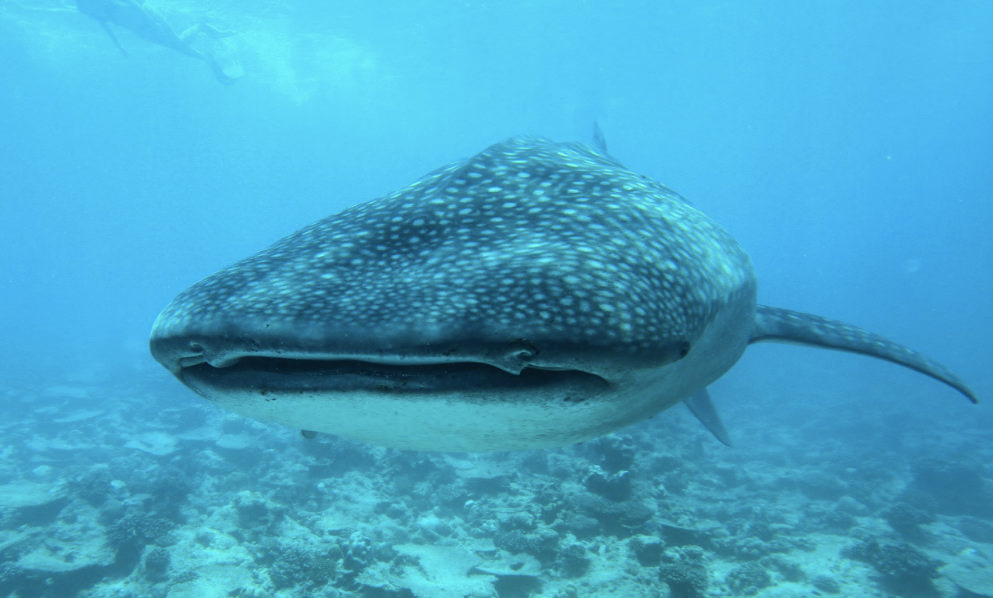 Set your intention and look what you can find! Yes, I am swimming above this beautiful Whale Shark! They are as big as a bus and can be spotted by a plane. #Epic. #Believe. #Intentions. #Inspiration. 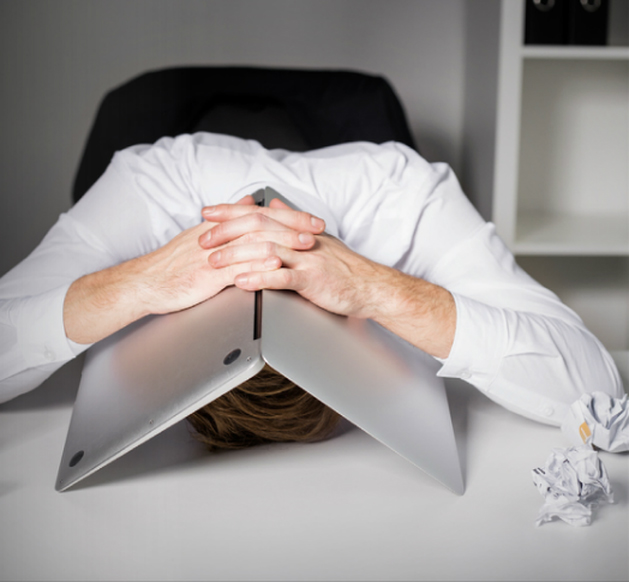 Go to page 13 for my article, “Don’t Let Your Emotions Crush Your Career.” 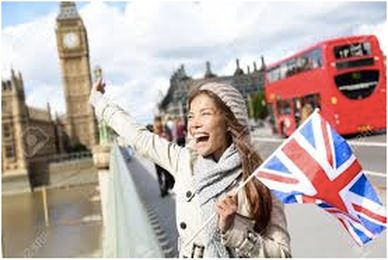 Before I flew to London a few weeks ago to visit my daughter, I read an article in the London Telegraph about Work Happiness in London. The article claimed that most people are miserable and want to change their careers.

Since happiness at work is what I consult employees and companies about, speak and write about, I was keen to see if my London observations proved true to the article.

When I arrived, the first question my taxi driver asked was, “How is OUR President doing?” I admit I was confused. The U.K. does not have a President. “Do you mean President Trump?” I asked, still suffering from the onset of jetlag. “Yes, we like him here.”

I must admit it was refreshing to hear something positive about Trump. In the U.S., it all seems to be negative news. And although I rarely let politics into my writing, I found myself smiling.

“He does what he says he is going to do. We like that,” the driver continued.

“Yes he does. Well, he tries to anyway,” I followed.

Upon arrival at my hotel, from the Doorman to the Concierge to the Check-In staff; everyone was happy. Happy to greet me, happy to be of service, asking several times if there was anything I needed. It was lovely and not what I was used to; sometimes even at the finest hotels in America.

Front-line people are the voice of every company. I often show corporate leaders this by recording conversations with their call centers or sales people and by interviewing entry, mid and senior level employees.

If the receptionist who answers the phone is cranky, lacks patience or does not display a helpful attitude, the impression left on a potential customer is negative and business can easily be lost. It’s not just the person in the big glassed in office with the sweeping view who represents the company to the world. In fact, they are probably the least effective. It’s everyone below them that must be engaged with the company mission and able to express that message consistently with an upbeat, ‘can do’ attitude. This is what the world sees and can make or break a company.

A political marketing person recently called me to raise additional monies for an upcoming election. When I politely refused to contribute more (I felt that I had given enough in support of the politician’s agenda already), the person on the other end of the phone insisted that I would not be doing anything different other than staying the course of my level of giving. Each time I tried nicely to explain that I had given enough, they cut me off and insisted that I continue. Eventually they just hung up on me. Guess what? I am not ever giving again to that candidate.

The candidate (or leadership of any company) often has nothing directly to do with losing a customer; but their front line has everything to do with it. However, it is up to the leaders of the company to set the tone for what the image and approach is to be to the outside world.

I was tired and the staff at my London hotel must have known it, because upon entering my room with the big four poster bed, thick down quilt and enough pillows to fill a small furniture store, they had left me a lovely welcome note, a basket of fruit, and two pieces of amazing mint chocolate that I will now search the world for.

I decided that the best way to offset jetlag was to go for a run; so, despite the constant yawning, I donned my trainers (British code name for ‘sneakers’) and took off toward Lexington Palace. It was almost dark upon my return as I had stopped often to take photos of the palace, various embassies along Green street (many guarded by men in black holding machine guns), and taking time to listen to snippets of conversation in the lovely rise and fall of the British accent.

Six miles later I was back at my hotel. The doorman greeted me with a pleasant smile and the reception staff looked up to welcome me back home (or so it felt). Feeling relaxed, I thought I might have a shower and head down to sit in front of the fireplace in the cozy living room style lobby, dotted with sitting areas throughout, but instead, I climbed into bed (running clothes and all) and fell asleep for two hours.

It was 9:30pm London time when I awoke. I felt rested and a bit hungry, so I quickly showered and made my way to the bar which closed at 10:30pm on Sunday night. It was 10:28pm. I expected to be shooed away, but was met with a smile and a ‘no problem-sit wherever you would like.’

I chose a lovely table surrounded by four stuffed Queen Anne chairs that sat below a window looking out over the sidewalk and settled in to a lovely meal of wine, various forms of English bread and a light salad.

At least three waiters tended to me throughout the late meal, all of whom were in perfect step with the other and who made the experience comfortable, welcoming and not rushed. One young man was from England and wanted to know more about California, but he didn’t pull up a chair. Just pleasantries and a short story here and there. Another wanted to bring me more food, but I was getting full and thanked him gently.

I admired the variety of cozy furniture that was strategically placed in private little alcoves throughout the large gathering room, and watched the dancing flames of the fire that seemed to be choreographed to people’s hushed conversations and random giggles.

I returned to my room to find the coverlet folded down and two more pieces of the delicious chocolates resting on the pillows on either side of the bed. I ate them both.

Day one in London, which consisted of an afternoon until 1 a.m., was practically perfect in every way. I kept wondering if Mary Poppins would appear around the corner.

The only improvement I could imagine was that they should have left me an entire box of those yummy chocolates on my pillow.

As luck would have it, the next morning I encountered a friendly housekeeping staff member, and when I commented on the yummy chocolates, she reached into a bag and gave me two handfuls. We both giggled and I thanked her profusely.

Conclusion: The driver, the bellman, the receptionists, the concierge, the housekeeper and the wait staff were all delightful, happy and, I was convinced, loved their jobs.

My daughter was at play rehearsal (opening night was the next day, my birthday) on the other side of the city, so we agreed to meet the next day before lunch. Thank goodness because I slept much more than usual and was refreshed and ready by the time she arrived at noon.

We ventured to a well-known restaurant called Bluebird to have lunch or tea. Unfortunately, tea was not served during the week and the restaurant manager made a point of coming over to apologize. I was convinced that she wanted to pay me for eating there she was so nice. The lunch was lovely and the stroll through shops following our meal was equally pleasant. I did not encounter even one frown in any shop. Everyone was helpful, kind and welcoming. I found myself wanting to buy something everywhere we went because the shop helpers were so nice.

We settled on getting a pedicure at a cute little white house next to a restaurant courtyard dotted with sweet shops throughout. The attendant who took care of my tired feet was all smiles and seemed to love his job. He spent an extra-long time on the leg massage and I almost fell asleep. It was one of the best pedicures I have ever had and I know a lot had to do with the happy feeling in the place.

Dinner proved just as wonderful (I ate back at the hotel because I had to head out to my daughter’s play), followed by a lovely hour and a half walk across London to the theater where she was performing. I asked a few after work local people for directions and each one took time to make sure I understood their instruction. Smiles everywhere.

The play was fantastic (FAME) and afterwards, I treated my daughter to a glass of celebratory champagne at the pub next door (which was officially closed). Because they loved the theatre so much, the pub staff extended their hours for us and we were grateful.

Afterwards I had the pleasure of visiting with several cast members who were hanging in the alley and laughing; giddy from opening night. I could tell how much they loved acting, singing and dancing.

I said my goodbyes to my daughter and caught a cab back to the hotel. Again, I had a lovely driver who pointed out many sites as we made our way back in the late evening hours.

The hotel staff was new that night and just as welcoming as the day staff. Consistency permeated the hotel. Nothing was out of step. Everyone was pleasant.

Although my experience in London was limited to a few restaurants, a hotel, shops, a salon, a theatre performance and long walks and jogs, I observed a very happy work culture wherever I went.

Next time I’d like to visit a large corporation and see if the same joy rings true.

So far, London equals happiness in my mind and the article in the London Telegraph does not ring true for me.

This is one author’s opinion. Jody B. Miller is the CEO of C2C Executive Search & Strategic Management, a Bestselling Author and a Keynote Speaker. Her newest book, “From DRIFT to SHIFT: How Change Can Bring True Meaning and Happiness to Your Work and Life,” will be available in EBook format on April 18, 2017 and will be released in soft cover, hard cover and audio book globally this summer. The book is available for pre-order at your favorite bookstore, or you can order an advanced signed copy from the author at: www.jodybmiller.com

Jody has helped thousands of people find their dream jobs, create a work life of meaning and help them shift toward what they are truly meant to do. Happiness is the goal we all strive for and Miller shows us how to get there.